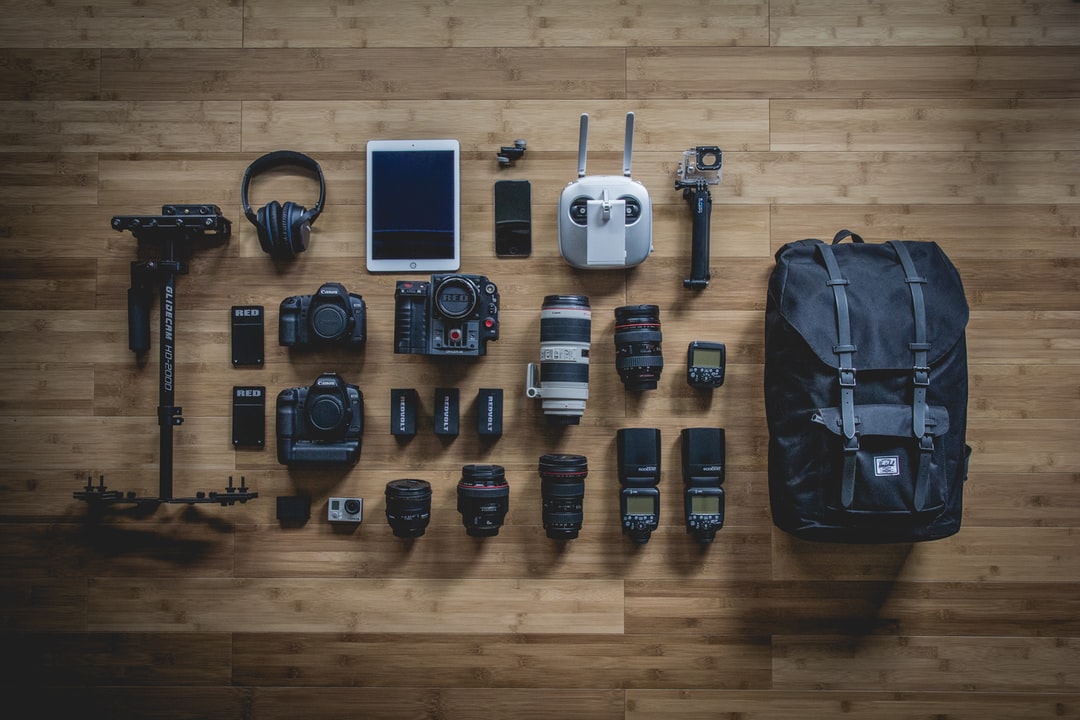 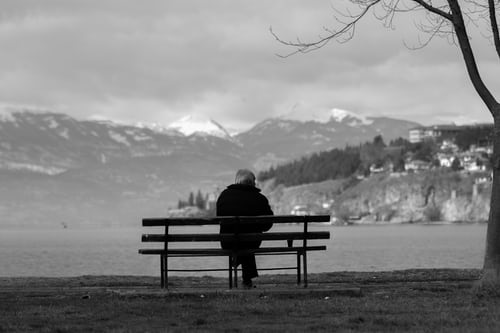 When trying to capture what photography is, it’s important to first start with a definition. In layman terms, this process can be described as the act of capturing light in order to create an image. This was done for the very first time back in 1826 when Joseph Nicéphore Niépce captured images through his window and entitled one View from The Window at Le Gras (shown above).

The light captured by the camera is processed in a unique way to create an image. The process of photography has been around since Niépce developed it, who used heliography as his invention for processing photos on surfaces like glass and metal plates.

The Heliography process is one of the earliest ways that photography was developed.

To create his images, Niépce would have to expose an image by using light from a sun-filled window for eight hours or more before he could develop it with chemicals in order to make the picture permanent and viewable at any time without fading away.

The process of taking a photograph was not always so easy, even when it had been invented. The first ever photo took weeks and required complicated equipment to capture the image that would eventually be seen in museums today.

Long before cameras were available for consumer use, people have found ways to create images on paper or metal by using substances such as bitumen dissolved lavender oil which created an engraving effect where light could pass through onto sensitive surface like lithograph plate glass panes etc., but these photos tended to fade quickly over time due their many layers with only one being exposed at any given moment. However this all changed thanks to Louis Daguerre who came up with his own photographic technique called daguerrotypes back 1837

Joseph Nicéphore Niépce is just one person who contributed in the history of photography. There were many other photographic achievements along the way that deserved recognition too; for example: Louis Daguerre who created daguerrrotypes or Ambroise Tardieu and his bitumen painting technique!

A Brief Timeline of Photography 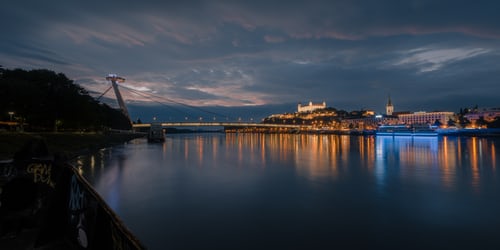 After Joseph Nicéphore Niépce’s first invention, photography became a more popular and enduring art. With many new inventions to come in its wake like film rolls for cameras that can take multiple pictures without having to reload or digital photos with infinite storage capacity on devices we carry around all day long, it’s no surprise that this hobby has managed to make so much progress over time.

In 1839, in France, a new invention was born that would change the way humans document their lives. Called “The Daguerreotype” after its inventor Louis-Jacques Mandé Daguerré (let’s not forget about his partner Nicésphore Nièpce!), this process of capturing light on sheets of metal with mercury vapor made it possible to capture and preserve moments for generations. The first daguerresotypes are thought to have been created by testing different metals like silver and gold before settling on copper as the ideal material because it didn’t corrode or tarnish under exposure to air
But what does all this mean? It means we can now keep images from our past alive.

The first time you see a daguerreotype in person, it may be surprising just how sharp the images are. Images were fixed directly onto polished sheets of silver-plated copper and this made them into something more than simple curiosity for many people – even if they still weren’t quite cheap yet.

Alfred Stieglitz changed the way we perceive photography today when he discovered that photographers were artists too. His radical and groundbreaking approaches to photographic art helped us see photographs in a new light, as works of creativity with their own narrative power on par with paintings or music.

Dorothea Lange, a photographer known for her iconic Depression-era photos and one of the most well regarded documentary photographers in history. Her work has been universally acclaimed by critics as powerful pieces that helped form an important era in U.S History with some of her more famous works including “Migrant Mother”. She will be remembered not only because she was able to capture these moments but also because she managed to stay true to herself while producing them under great pressure from society during those years.”

Ansel Adams is a creative photographer with many original and groundbreaking ideas. He’s best known for his landscape photography, which often depicted the natural beauty of American landmarks such as Yosemite National Park or Grand Canyon in an era when most photographers tended to focus on people rather than nature. In addition, he helped usher in realism into landcape artistry and was one of early proponents for environmentalism movements.

The Most Influential Photojournalists of All Time You Should Know
In photojournalism, the photo is everything. It can either make or break a story, and these photos are some of

What You Need to Take Photos 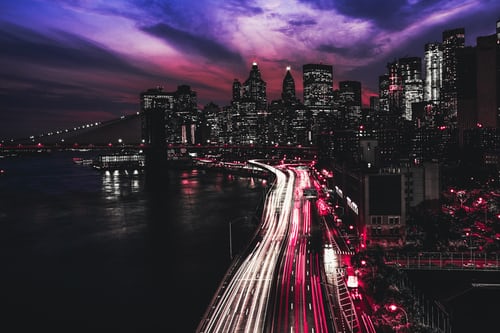 You’re not a professional photographer unless you have the latest and greatest in camera gear. But it’s more than just having an expensive lens or high-quality filters to capture that perfect photo; there are so many other things, too!

From lenses designed for specific situations like close up photography shots of small objects, wide angle photos from far away places such as mountainsides, low light environments where bright subjects shine brightly against dark backdrops (think: moonlit nights), and macro which is often used for photographing flowers–to tripods with specialized heads made specifically to be mounted on moving vehicles while traveling at speeds exceeding 100 miles per hour down racetracks without ruining your precious images!–

Do you like taking pictures? You might be thinking it is just a hobby that’s not worth investing in. But as much as photography has changed with the rise of smartphones, there are still some camera options out there for those who want to break away from their phone and take photos professionally or on a semi-professional level. Stand alone cameras can range in price all over the place but if you’re looking for something more than your average smartphone images these days then this may be an option to consider.

Best Camera Brand: Canon vs. Nikon vs. Sony
Canon or Nikon or Sony? Which is best to buy? DSLR vs. Mirrorless cameras: Which is better for
5 Best Cameras for Photography in 2022
Camera technology is always changing, and it can be hard to keep up with which cameras are best for taking
An Overview of DSLR Cameras: What is a DSLR Camera?
You’ve heard of DSLR cameras, but what are they? A DSLR camera is a type of camera that has both a digital and

The best way to take a good picture is with the right tools. A camera and lens are important, but so too is knowing how to hold your hands when you’re taking pictures- it’s easy for people who don’t do this much photography work all day every day forget that they need their grip on the phone in order not have shaky shots! 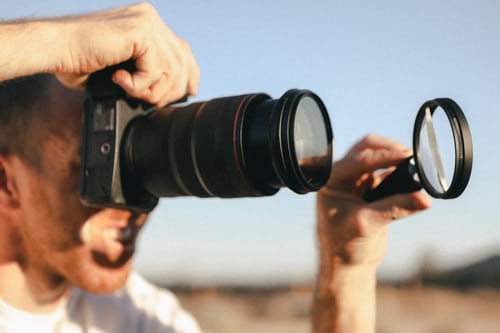 Here are the basic types of lenses:

Zoom Lenses- The right lens for the job, Zoom is a versatile option with many benefits that are hard to find in other types of camera equipment and can be used when taking both outdoor portraits or daytime shots as well as indoor images where flash photography isn’t allowed. While known primarily for its use on professional photo shoots, zoom cameras have also been adopted by amateur photographers who may not always want their work up close – meaning you save yourself some time waiting around while your subject gets closer!

Telephoto lenses are great for capturing fast-moving subjects in sports or just to capture a moment that would otherwise pass too quickly. With a telephoto lens, you can get up close to the action without getting in the way of things like an audience or other people that might affect what’s happening on camera.

Professional Macro Lenses
You may be wondering what macro lenses are and how they differ from other types of lens. Most people know that a camera’s lens allows the photographer to capture an image by transfer light through it onto film or digital sensor, but no one knows this better than professional photographers who use specialized gear like macro lenses on their cameras in order to photograph small subjects at close range such as insects features for scientific publications. These high-quality optics allow you to take clear images with sharp detail all around them so nothing gets left out because sometimes even the tiniest details can make your photo interesting!

Lens Flare: What You Need to Know
A lens flare is a type of optical effect that can take place in photographs. It is often seen as a bright
35mm or 50mm Lens: Which Should I Choose?
There are many photographers who have to choose between a 35mm or 50mm prime lens. Which one is best for you?

In photography, there are a few pieces of software that you need to know about. One is Adobe Lightroom which allows for minimal editing but great organization and cataloging functionality. Another option is Photoshop, an industry-standard program with all the bells and whistles such as HDR (High Dynamic Range) processing or cropping tools – even if it’s just $10/month from Adobe on their Creative Cloud subscription plan! Whatever your choice may be, make sure you learn how to use them thoroughly before moving onto another one because they’re so helpful in mastering the art form faster than anything else out there!

You can also need these optional things:

Photo Editing Software: Which One Will Lead You to Success?
Which photo editing software will lead you to success? If you are a professional photographer, the answer
The Best Adobe Photoshop Versions for You (in 2022)
Do you want to know the best Adobe Photoshop version for you? Well, there are many different versions of 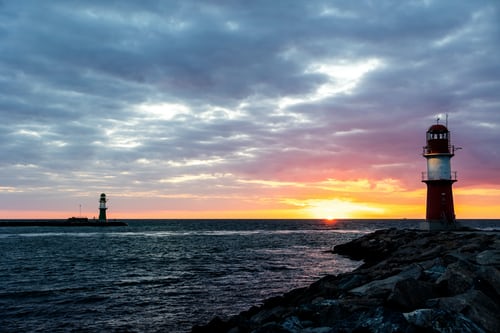 Photography is a way to capture memories and freeze moments in time. It has been used by humans for decades as an art form, but it’s only recently that cameras have been able to do the same thing on their own. Photos are now considered digital art with many different types of effects available at your fingertips thanks to photo editing software like Photoshop or GIMP. The end result can be printed out into physical prints (like those found in galleries) or shared online through social media sites such as Instagram and Facebook so others can enjoy them too!

3 thoughts on “Photography: A Guide on the Basics”