Do you want to know the best Adobe Photoshop version for you? Well, there are many different versions of Photoshop that vary in price and features. But don’t worry, because we have compiled a list of all the information you need to help make your decision.

What Kind of Photographers Are You?

The best way to find out what type of photographer you are is to figure out your needs. What kind of pictures do you need to take? This could be anything from portraiture to landscapes. Do you want to edit RAW files more comfortably on a laptop or a desktop computer? The choice in camera equipment largely depends on what type of photography appeals to you the most. Whatever your preference, there’s an option for everyone!

And you can choose the best version of Adobe Photoshop to suit your needs.

Which of the Photoshop Versions Is Best for You?

Photoshop Elements is an affordable option for beginners or those on a budget. It includes most of the features found in other versions of Photoshop but doesn’t include some that more advanced users may require such as 3D design tools or video editing software.

Photoshop CC is geared towards professionals who use it at work every day. It has all sorts of advanced tools including new ones like Content Aware Fill which allows users to remove objects from their photos without having to do a lot of editing.

Photoshop CC can be purchased for a monthly fee. It’s perfect for professionals who use it at work every day. The Adobe Creative Cloud offers access to all of Adobe’s creative tools including some which are exclusive only on the cloud such as Photoshop Lightroom. For beginners looking into dabbling in photo editing but not sure if they want to commit long term, then we recommend starting out with Photoshop Elements and upgrading later when more advanced features are needed for your work.

The best part is that Photoshop CC enables all sorts of new techniques not possible before such as Content Aware Fill which allows users to remove objects from photos with minimal editing required. You can find the full list of benefits and limitations on their site (linked below).

Photoshop is a leading photo editing software that’s used by professionals in the industry, but for those of

Lightroom Classic is a fantastic piece of software that focuses on accuracy and precision. It’s the perfect tool for photographers who are looking to be precise about all their editing work with no worries, but it does have its limitations

On the other hand there’s Lightroom CC which has great postprocessing capabilities such as these two specifically; they make it ideal for people who take long exposures or night shots. 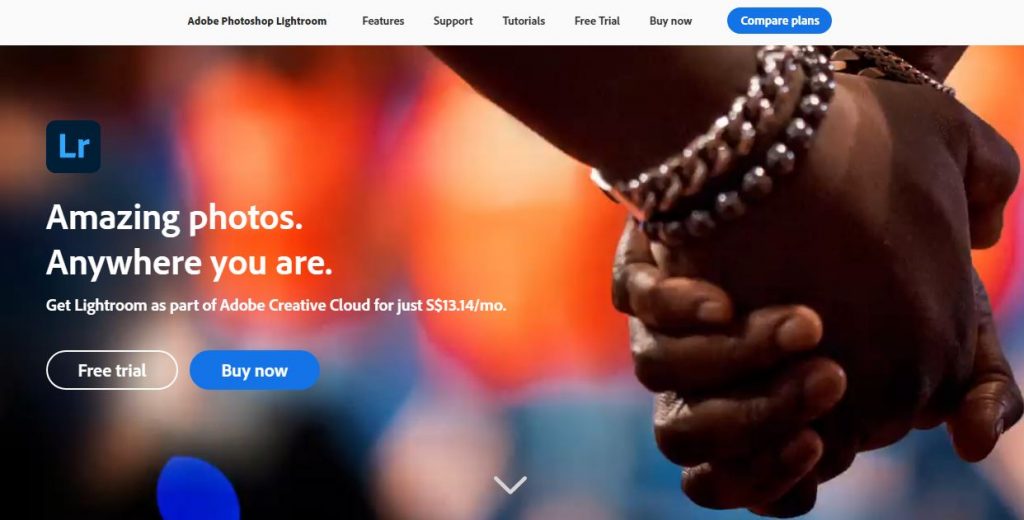 Lightroom CC is a popular editing software for photographers and graphic designers alike. The program has earned widespread acclaim from professionals who rely on it to edit all their photos, often in addition with Adobe Photoshop or other photo-editing software such as Pixlr which are also available at the Google Play store. Lightroom’s key features include: providing an easy way to adjust colors; creating HDR images that give your photographs a three dimensional look without any need of special equipment; improving contrast using various tools like dodging and burning techniques; making corrections by removing unwanted objects or adding new ones into shots right before finalizing them – many more! With its intuitive interface, you can quickly learn how this powerful tool works while delivering excellent edits every time.

Adobe Lightroom: What is it and what features does it have?

Adobe Lightroom is a photo editing and management program that has been developed by the Adobe company. If you

One of the most frequent questions I get from people is “Photoshop or Lightroom?” The answer to this question is completely up to your personal preference and what you are looking for. If you’re looking for more Photoshop-like features, such as layers, channels, and tons of incredible adjustment tools (like those found in Camera RAW), Photoshop will be an excellent choice. If you’re looking for more streamlined editing that includes some of the most popular Lightroom features, such as tone curves and lens corrections, then Lightroom would be a better choice.

Photoshop is a widely used and well-known editing software which has been around for many years. With the release of Photoshop CS5, there were a lot of major changes to the interface which allowed for more advanced tools to be added in the following version.

With the release of its 2012 version, Adobe made many enhancements to Photoshop. Camera Raw was also updated in this new version and has now reached it’s seventh installment for CS6 users. The interface and workspace were redesigned with an eye on simplicity which is a hallmark trait of their product line from start-to-finish!

The Cloud Storage Version of Adobe CC is a major breakthrough for all users and editors. The one-time purchase option was replaced with a monthly or annual subscription service, but the upgrade makes it possible to save files on any computer anywhere in the world that has an internet connection.

In this version, the intelligent upsampling of images and camera raw filters were introduced. Smart objects linking with other smart object was also a highlight in this release. In addition to these features, there is now an option for reducing shakiness while taking photos!

Photoshop CC is an all-in-one solution for digital imaging needs. It offers a complete toolkit that includes powerful photo editing, vector drawing, 3D and 2D design painting tools, video editing and motion graphics. So you can do it all in one place.

I like to work with Photoshop CC because of the many different features that it has. The brush tool has two new brushes, which makes it easy to create a variety of textures and effects. With the new perspective features in Photoshop CC, I can adjust my view with a single click. And then edit objects on multiple layers at once to add interest or change their colors.

It’s hard to believe that Photoshop has been around for over 25 years. And while a few changes have taken place in the newer versions, CC 2014 is one of those great updates where there were so many enhancements made to create an even better experience than before! With new features such as Spin Blur and Path Blur it will be easier than ever before to quickly edit your photos with just the push of a button.

Ninety-nine percent of photos taken today are captured in JPEG format, so Adobe Photoshop CC 2014 has a new JPEG saving option that lets you compress for compatibility with mobile devices and websites.

Edit 360° panoramas with easy-to-use panorama tools and intuitive controls. To take even better shots, first take a shot then choose Edit in Camera Raw to edit the photo in Photoshop, then go back and shoot again to complete the 360° panorama.

In June 2015, Adobe released the newest version of Camera raw 9.1 and Export options for exporting files to other programs. The most notable change in this update was introducing Adobe Stock!

To get the best professional touch, this version came up in 2018. It no longer supported 32-bit Windows with it and some new tools were introduced such as Frame tool and Multiple Undo Tool among others. The most significant change was that CC 2019 extended Version of CC 2018 focused on working not only Photoshop but also other platforms like Illustrator etc., for a much better experience to be had by all users!

Photoshop CC can help you take your digital imagery to the next level. It has all of the tools you’ll need to edit, design and share your creations – from video editing and 3D painting to audio designing and 360-degree VR content.

You’ll find everything you need for your photography editing, graphic design or web design jobs in Photoshop CC 2019. Now in its eighth release, Photoshop CC is better than ever before. Edit images on the fly with an intuitive user interface that makes it faster to work with large files or produce sophisticated designs. Shape vector graphics into breathtaking artwork with nondestructive, live masks that let you see your progress as you work.

Photoshop 2020 is an upgraded version of the Photoshop program that has been released with many new features. IThis upgrade allows for more creative freedom and a more cohesive workflow. The user interface is more intuitive, and the use of gestures makes navigation easy.

The latest version of Photoshop has come to the market in 2019. This is a groundbreaking new release, with enhanced features for frame tools and an entirely redesigned workspace that can be used on your iPad as well!

How many versions of Photoshop are there?

There are many versions of Photoshop that have been released since 1988. The newest version, CC 2020, was just released in 2019.

Which is better Photoshop CS6 or CC?

It all depends. Photoshop is a well-established program and it’s been around for a long time. It’s possible that if you’ve never used Photoshop before, you might want to start with the CS6 version, which is more appropriate for someone new to the program who doesn’t need all of the features that CC has to offer. If you’re familiar with Photoshop already and use it often, then I would recommend CC because it’ll make your workflow faster and more efficient.

Which version of Photoshop should I learn as a web designer?

There are quite a few versions of Photoshop. If you’re interested in designing web pages, then learn the CC version. However, if you plan on creating high-resolution graphics for marketing purposes, I would recommend learning the CS6 version.

No. Photoshop 2020 is the newest version of Photoshop. And it will have more advanced features than the earlier versions of Photoshop.

How to buy Photoshop permanently?

The best Adobe Photoshop version for you depends on what your needs are. If you’re a professional graphic artist, the latest and greatest is usually ideal. But if you’re just looking to remove the occasional blemish or retouch an image from time-to-time, there are more cost effective versions of Photoshop that may be perfect for you. You can find out which one will work best by asking yourself these questions: What do I need it to do? What kind of computer should I have? How often will I use it? Is this going to be my only program/software purchase in a while?

Photo Editing Software: Which One Will Lead You to Success?

Which photo editing software will lead you to success? If you are a professional photographer, the answer