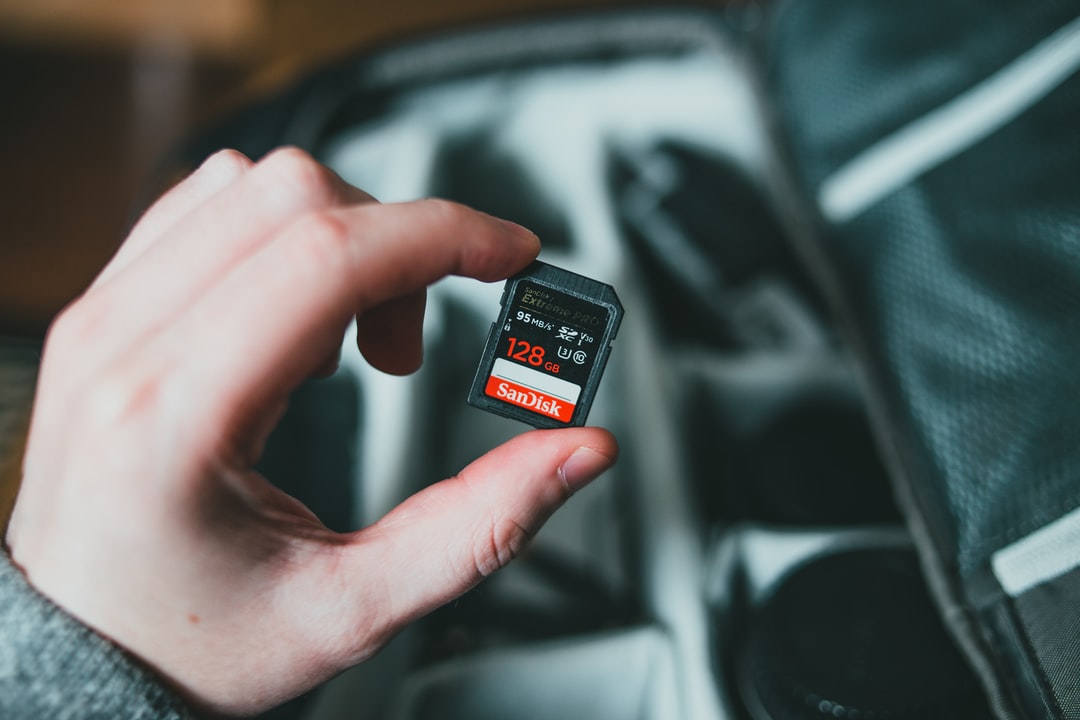 In the world of digital photography, there are many different types of memory cards that have been developed for various purposes. Today we’re going to explore some of the most popular types and their uses so you’ll know what kind to get when you need one!

Different memory cards have been developed for various purposes. They are created to fill a variety of needs, including professional photography and video production. They have also been created to suit different kinds of devices – including smartphones, tablets, and cameras.

Photography: A Guide on the Basics
Photography Defined When trying to capture what photography is, it’s important to first start with a 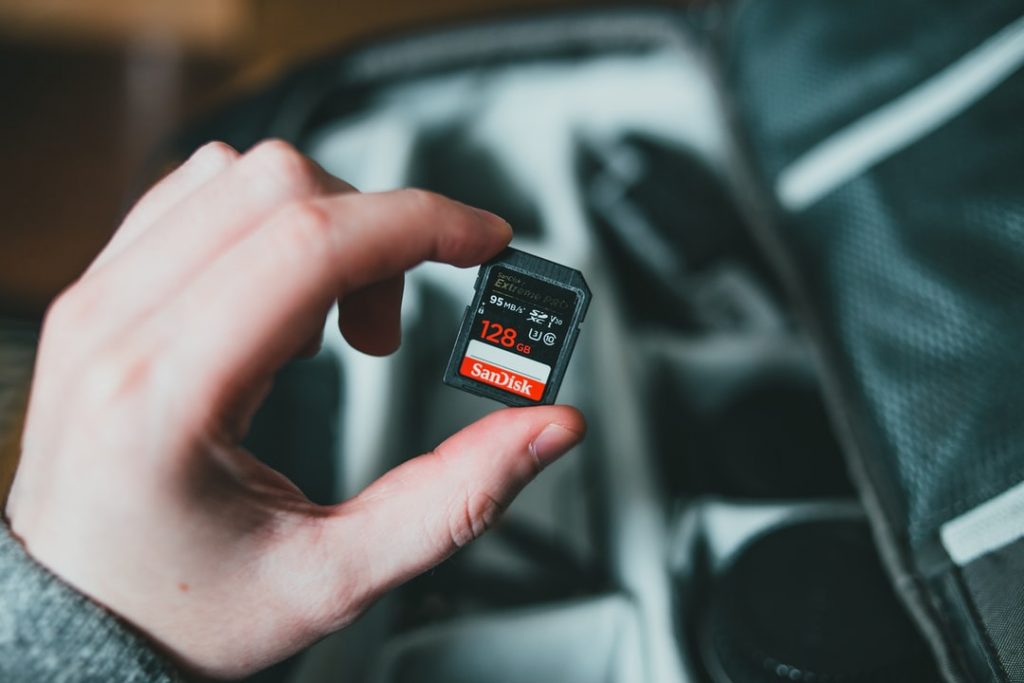 What Memory Cards Are Available?

CompactFlash cards are among the oldest commercially-available memory cards. They were developed in the 1990s by IBM and SanDisk, and are used mainly in digital still cameras. The card is electrically erasable but not physically. They’re bulky, take up a lot of space, and expensive to produce; they’re rarely seen outside Japan these days.

The SD card is a flash-based storage device for storing digital data including audio, video, photos, and text files. It was created in 1999 by Panasonic Corporation and SanDisk as an upgrade to the MMC (MultiMediaCard). The SD card is much smaller than the MMC card and has a similar capacity to CompactFlash cards. SD cards are used in many devices such as digital cameras, smartphones, tablets, and video game consoles.

A SDHC card was designed for the newest cameras and camcorders that take higher capacity memory cards. It is not backwards compatible with older devices.

The SDXC card was designed for the newest of digital still cameras that take higher capacity memory cards. It is also compatible with camcorders and other media devices such as some laptops that have an SD slot for storage purposes. The SDXC can hold approximately twice the amount of data than the previous generation’s high-capacity card–it currently ranges from 64GB to 128 GB; however, it may be possible at some point down the line to produce an even larger size optimized by access time. The SDXC is not backwards-compatible with older devices, but it does offer a performance boost in newer devices that can take advantage of its faster speed and higher capacity.

As of now, two memory card formats are being used by consumers. These are Secure Digital Extended Capacity and Secure Digital High Capacity. They both use the same SD interface, but have different data storage capacity sizes. The SDXC format was designed for large-volume video applications, including HD TV broadcasting and 4K video. SDHC is still popular due to its lower cost and better performance in general usage such as in laptops or smaller devices that do not play large volumes of video.

Micro Secure Digital (SD) cards are memory cards that have a small pin that extends from the card’s metal edge. The SD card can be inserted in many devices, such as digital cameras, to read and write the data. SD cards are more secure than other types of memory cards because they’re locked by a small lock until it is unlocked if someone tries to steal the data on the SD card. It also prevents people from using your memory card if you’ve lost it or left it somewhere.

A micro Secure Digital (SD) card is an external storage device that’s used for storing pictures or videos in a digital camera. It has a small pin that extends from its metal edge and can be inserted in many devices like digital cameras. SD cards are better than other types of memory cards because they’re locked by a small lock and prevent people from using your card if you’ve lost it or left it somewhere.

There are two different kinds of micro Secure Digital (SD) cards: low-capacity and high-capacity ones. Low capacity SDs have smaller storage spaces, usually around 16 GB; while high capacity ones can store more data, with sizes ranging up to 512GB in size. However, the highest amount that one media type can hold may not be enough for someone who has many pictures or videos stored on their device. For this reason there is also another kind of memory card called digital video recording devices – these allow you to record hours worth of footage without needing to remove the memory card.

Micro Secure Digital High Capacity (microSDHC) cards are a type of memory card designed for devices with greater storage needs than those cards that can only hold up to 2GB of data. The microSDHC is the new form of SDHC and it uses Embedded MultiMediaCard (eMMC) flash internally.

The microSDHC card supports a maximum capacity of 32 gigabytes, which makes it a popular choice for use in tablets, smartphones, or other devices that need to store large quantities of data. Depending on how you use it, the average microSDHC card can last you anywhere from six months to two years before needing to be replaced.

Micro Secure Digital Extended Capacity cards are also known as MiniSD cards. There are currently two sizes of MiniSD cards: 1GB and 2GB. They come with an adapter that enables these cards to work in the SD card slots in different devices that have not been designed for them.

Extreme DigitalPicture Cards are an excellent choice for professionals. They are also a good option for anyone who needs a solid data card that is easy to connect with. The Extreme Digital Memory Cards also come in the latest technology of high-speed access.

Wired or wireless headsets, DVD players, and more can be hooked up easily with these cards. They have a write speed on 50MB/s and read speed of 20MB/s.

When choosing a memory card, it is important to consider the speed, capacity, and size of the card. The speed will determine how fast the data will be sent from the card to the device. This is especially important when capturing video or taking high quality photos. The capacity determines how much storage space is available on your card and will largely depend on what you want it for. Some cards that are used for HD recordings may require up to 128 GB of storage, whereas a 128 GB microSD can only store 155 hours of HD video.

If you need a large capacity at a low price point, then you should buy a USB flash drive with plenty of data right there in one package. These are used mostly for transferring data from one device to another and are often not as rugged as a memory card. They also tend to be slower than the cards themselves because they use USB for data transmission rather than UHS-II, which is used in most SD cards today.

The size of your memory card will depend on what you plan to do with it. The larger size means that more photos or videos can be stored at one time without filling up space too quickly, but some devices may require a microSD card if their storage isn’t large enough already.

Memory cards are a great way to store information. They can be used for digital photography, storing music or other files on your computer, and even as phone storage. The different memory card types are all designed with specific purposes in mind so it’s important that you know what they’re best suited for before purchasing one of these devices. Find out more about the various kinds of memory cards available today by reading our blog post!

1 thought on “What are Memory Cards? The Different Kinds Explained”