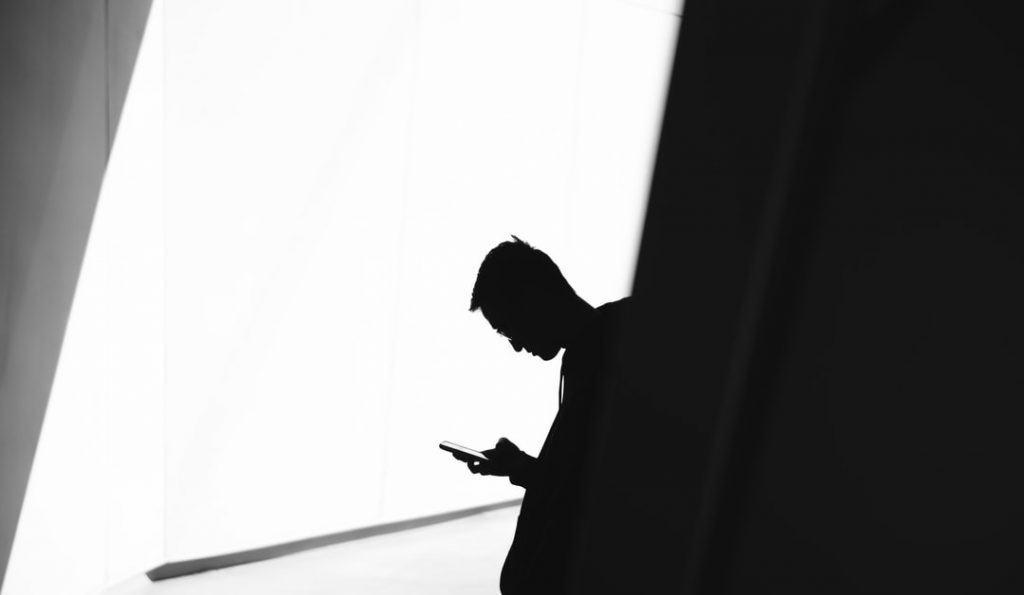 What Is the Concept of “Contrast” in Photography?

Low-contrast images are generally used for portraits because they’re easier to work with when you don’t want your subject’s skin to look too light or too dark. The low-contrast setting also makes your subject’s face less harsh and flattering to the eye. Medium-contrast photos are generally characterized by being sharp and crisp, but not so much so that it becomes blurry. Medium-contrast photographs are great for a variety of images.

High-contrast images are great for landscapes and other pictures where you want the details to really stand out without any loss in sharpness or focus. High contrast photos can also be used when taking photos at night because it reflects more light, making your subject clearer instead of darker like with low-contrast photographs. With high-contrast photography, however, faces may look too harsh and unflattering depending on the angle that is shot from. They’re especially good for architecture though!

How to Improve Your Photos with Color Contrast

How do you make an abstract photo interesting? It’s as simple as combining color with contrast.

One of the best ways to improve your photos is by using color contrast. When taking shots, make sure that you are balanced and within an appropriate distance from what’s being shot so it will look good when converted into an image or video clip later on. You should also use different colors in each element for more depth – not only does this help viewers see everything clearly but can bring out emotions as well!

Or, first find two colors that are very different from one another on a palette (or in real life) — like bright pink and deep purple or hot reds against cool blues for example; now when shooting with those particular combinations make sure they’re both at least 50% visible so there’s enough visual interest between them otherwise viewers may get confused as what scene or object will happen next during editing later on – also try experimenting by varying percentages too further apart until something looks right then apply this same principle across other shots if necessary

How to Recognize Tonal Contrast

Tonal contrast is the difference between two adjacent tones. It’s most often found in paintings, particularly those with vibrant colors and dark shading like black outlines around bright objects or shades cast by lights at night time; it can also be used to create a three dimensional image from flat two dimensional artwork such as using browns for earthy soils while greens are associated with grasses growing there.

This can be recognized by the change in luminosity. Tonal contrast is created when there are differences in the chromaticity or luminosity of adjacent areas in a photo.

There are many ways to recognize tonal contrast. One way is by paying attention and looking for differences in what you see, like between light or dark shades of colors on an object’s surface;

When designing for the eye, it is important to consider how viewers will interact with your design. One way of making sure you are not competing on many levels at once and instead creating a balanced composition through contrast is by using tonal contrasts in color schemes or directions (vertical versus horizontal).

Analogous colors should be used in low-contrast images

It is best to use colors that are close to each other on the color wheel. When you use them, they create an image with less contrast than if you had used different colors. For example, Blue and Purple together would not create as much contrast as Brown and Red together.

Analogous colors should be used in low-contrast images. This means that you should mix colors that are next to each other on the color wheel for your images. Using these combos will make your images much more balanced because they won’t have much contrast. For example, if you combine blue and purple, it creates a lot less contrast than oranges and browns would. 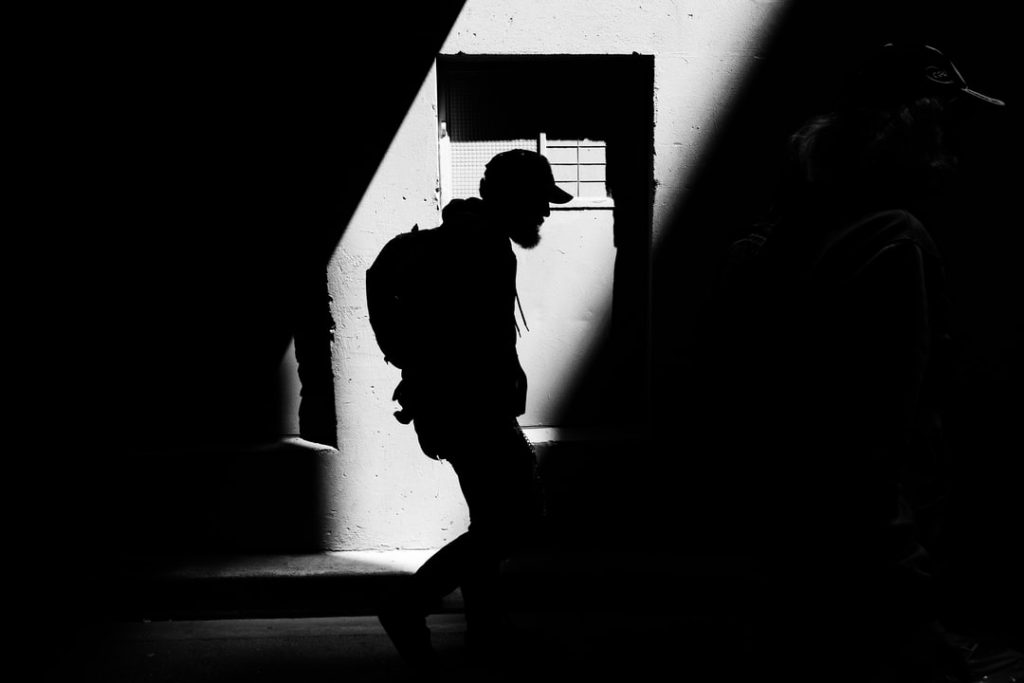 Textures are an important element of photography. They create mood and add to the story that the photo is trying to tell. Contrast is one aspect that can contribute to a wider range of textures.

One way to add contrast in your photos is by highlighting a texture in your photo against a second contrasting texture in the background. For example, if you have a dark brick wall in the foreground, try taking a photo with a light stone building behind it so the bricks will be the most prominent feature in your photo.

Another technique would be to catch a reflection from something else happening in the environment or from another object. For example, if you are photographing a green plant with blue flowers on top of it against a white wall, try to catch the reflection from the glass door in your background as well so there is more going on than just what’s right in front of you.

In all cases where contrast is being used for textures, make sure that whatever element has contrasting color or lightness will stand out and be prominent enough to warrant attention otherwise it may not work correctly.

Use Contrast to Create a Specific Mood

You want to create a good mood with your images and the way to do this is with contrast. Contrast is a feature that you can use in Photoshop or other software to darken down images. It’s a great way to have dark backgrounds with bright subjects, for example.

If you’re shooting people, make sure they are standing out from their background. This way it will be easy for the viewers to differentiate between the two and therefore understand what you want to convey.

This will create a good contrast between your subject and the background. You can then play with shadows, highlights, brightness levels etc to create an image that is aesthetically pleasing for viewers.

How to Use Contrast in the Field for Practice

A good place to practice your use of contrast is outside. You can find amazing shadows on buildings, trees, and the ground. Shadows are created by an object blocking light from reaching something else. The higher the contrast between dark and light, the more you’ll see the shadows in front of you.

One of the most important aspects to be a great photographer is understanding how contrast can affect your pictures. There are three types: strong contrast, medium-contrast shots with highlights and shadows toned down so that there’s no hard lines in them or too much shadow; then we have low/no-contrast images which don’t offer any form of separation between elements like sky from land because they’re both equally dark.

For your photos to have a powerful impact, it is important that they be well-lit and compelling. To create this effect you will need light from two opposing sources such as an umbrella or reflector in addition with natural sunlight (which can also work). If these produce too much contrast for what’s on screen there are other lighting techniques available including using negative space around objects instead of filling them up completely; strategically positioning different background textures behind subjects – things like paper rolls placed at angles may look cool when combined! And finally consider how dark/lighten specific areas might affect viewer experience differently: highlight the faces of subjects instead of the entire objects they’re in.

How to Change the Contrast in Lightroom

Lightroom has a few places where you can adjust the contrast. You can find all of these in the “Basic” tab on the left-hand side, starting with “Exposure.”

The Contrast slider allows you to make adjustments to both light and dark parts of your image. The slider ranges from -100 (darkest) to 0 (default), and 100 (lightest). When adjusting contrast, it’s possible that an image might start looking unnatural or overly processed. If this happens, just slide the slider back towards 0.

Contrast is one of the most important aspects in photography. It can transform a flat, boring image into something that communicates an idea or evokes emotion by drawing attention to your subject and framing it perfectly. Although contrast makes images stand out more than they would with no light at all, you should be very careful when adjusting this setting on your camera because using too much will make your picture look unnatural and poorly lit.