Have you ever taken a photo and noticed that the edges of the photo are curved? This is called lens distortion. Lens distortion occurs when an image passes through a camera lens, which has been magnified to fit onto your digital sensor or film. In order to take photos with as little lens distortion as possible, photographers should use lenses designed for their type of photography. The following article will help you understand more about this phenomenon so that you can take better pictures! 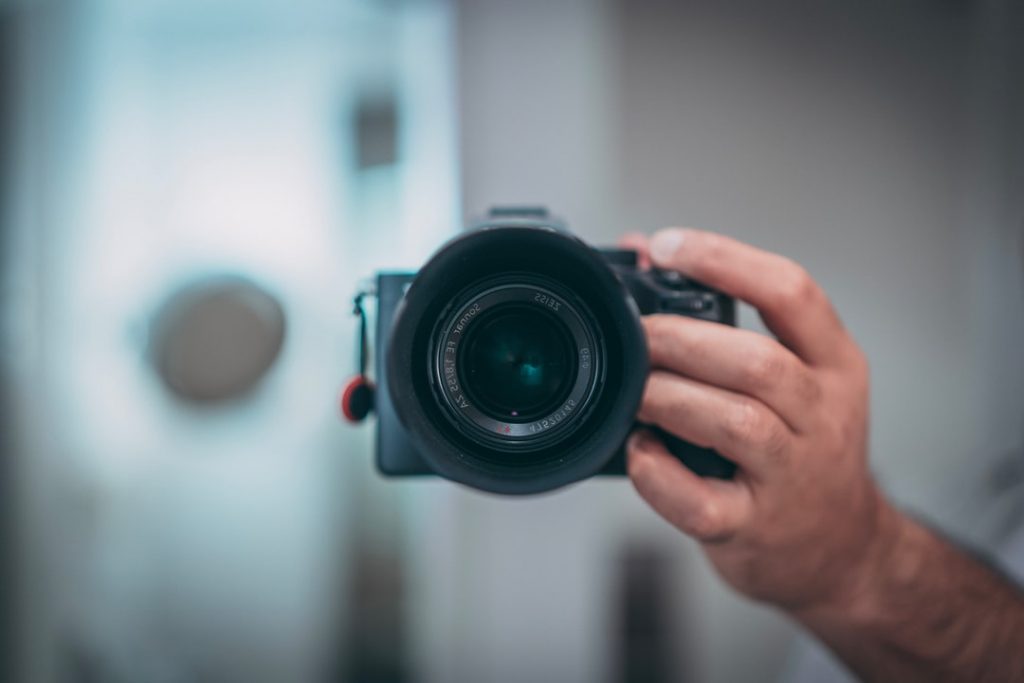 1. What is lens distortion and what does it look like

Lens distortion is a type of optical illusion that can affect photos shot with a camera. It appears as if the photo is either stretched out or compressed, and it’s often found in images with wide angles.

Lens distortion can be caused by many factors, but one of the most common ones is image sensor size. Larger sensors can distort and create more pronounced and noticeable effects than smaller sensors would. This is because the compression and stretching that occurs when using a wide angle lens will be amplified with larger sensors.

2. How to avoid distortion when taking photos

If you want to avoid distortion, you can use a graduated filter or polarized filter. Both of these will prevent light spillage that cause lens distortion. You can also use a rise up or similar tool to minimize any perspective distortion that might happen.

– Ensure you have enough light so that the image is bright and clear. If it’s too dark, your picture will probably be fuzzy or grainy. Picking a day with lots of natural sunlight can help ensure this happens if there isn’t any extra lighting available in the room where you’re shooting pictures. When indoors, turn on all lights as well as overhead lights like florescent ones if they don’t make things appear washed out (too bright). The goal here is not only for good exposure but also avoiding harsh shadows across faces;

– Do what professional photographers do and use the “rule of thirds” for your pictures. This means to imagine a tic-tac-toe board on top of the frame you’re shooting with two lines horizontally and two vertically. The goal is to align objects/faces along these lines or at their intersecting points so that it looks more natural, not as if someone had cut off part of an object.

– The easiest to avoid lens distortion is the wide angle lens, which causes objects at the periphery of your photo appear smaller and closer than they actually were (the same effect you’d see if you put on those “funny” glasses with one eye bigger than another). Another source of distortion is known as parallax error – it’s what happens when something looks different depending on where or how closely you’re looking at it.

3. When should you use software to fix your photo’s distortion

For example, if the distortion is permanent and cannot be fixed with any other means such as changing your camera’s position then using photo editing software can help you fix this problem.

4. Tips for avoiding lens distortion in the first place 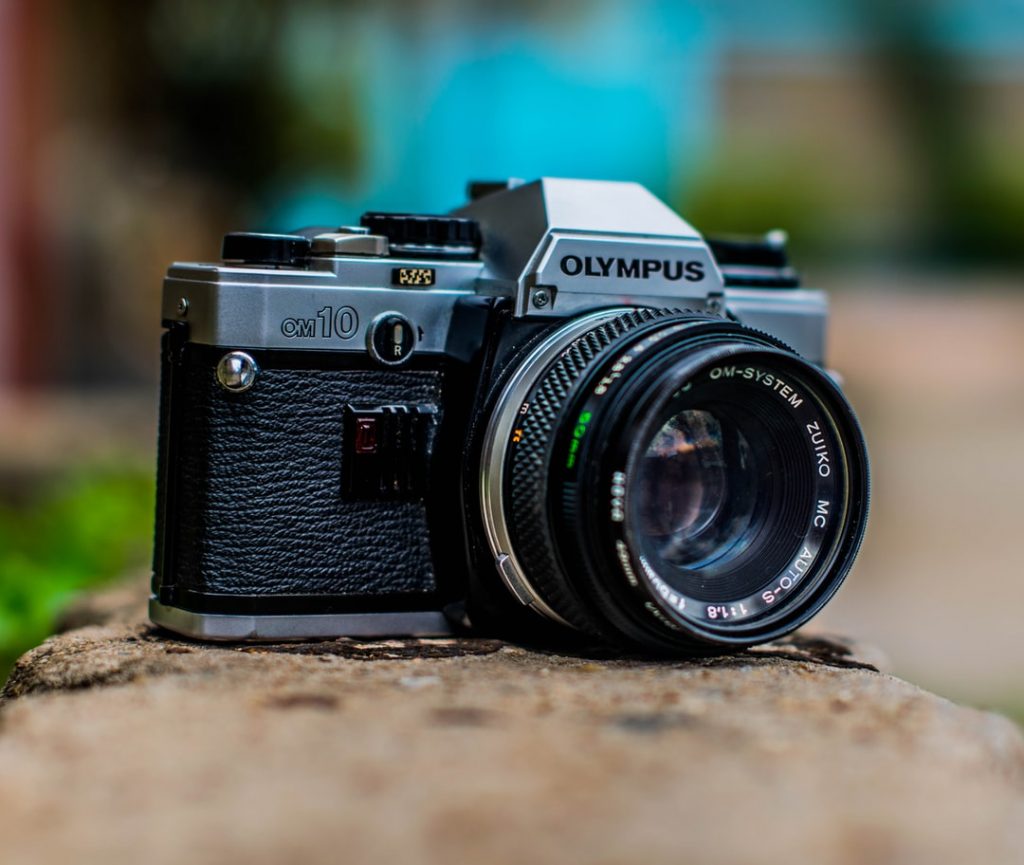 -Straighten your camera vertically when shooting buildings or tall objects.

-Keep your lens perpendicular to the ground when shooting horizontal scenes.

-Stay level to avoid converging vertical lines in shots of buildings and forests.

-When shooting through doorways or windows, keep the opening at 90 degrees to your camera. This will minimize distortion and you won’t have to crop as much in post processing.

-Use a lens hood! Lens hoods are not just for blocking out extra light; they can also reduce flare by preventing stray light from hitting part of your lens where it is unshielded (when there isn’t another solid object nearby). Be sure that any time you shoot directly into bright sunlight, whether during sunrise / sunset hours or on an overcast day with blue skies visible, use your lens hood even if it moves more than half way up the frame because this could introduce lens flare which would make matters worse.

-Avoid placing the horizon line in the center of your frame.

-If you’re using a wide angle lens, try to avoid shooting at very close distances because this will result in greater distortion.

-Avoid photographing through windows or other surfaces that could reflect light sources into your camera lens – it’s almost impossible to tell which angles are causing lens flare until after you’ve taken the photo, but if you can see any stray reflections on your LCD screen when reviewing an image then remove them immediately by either moving further away from that surface or zoomed out fully and click / tap around where they originate instead of trying to cover up with post processing tools later. If not removed during capture then lens flare may be present even when viewing images at their actual size.

-Shoot in RAW to have more flexibility with lens distortion correction tools later on your computer.

-If you use Adobe Lightroom or a similar software, open up the Lens Corrections tab and check “Enable Profile Corrections” so that it can automatically fix things like barrel / pincushion distortions which are caused by lens imperfections instead of what’s actually being captured through the camera sensor itself. For example some lenses may produce images where straight lines appear curved when viewed at certain angles due to natural parts inside of them protruding outwards from each side (barrel) or curving inward towards one another from opposite sides (pincushion). The difference will be very noticeable if you’re taking shots of a flat surface from an angle where it would appear curved in the final image, but usually you’ll only see things like this if shooting at wider angles.

-When taking panoramic images, use a lens that has a wide enough angle of view to capture everything without needing to move your camera or resorting to stitching multiple photos together later on (I recommend not going above about 28mm equivalent for obvious reasons). If necessary try changing lenses and using one with a bigger focal length because sometimes even though there is room between each shot horizontally which could still be stitched together into one single larger frame, zooming out too much can create more noticeable distortions at certain points along the way unless specifically designed otherwise.

-If you’re comfortable with manual settings and own a lens with an aperture ring, try shooting at smaller f-stops to reduce lens distortion. This is because light refraction due to the shape of glass elements within your camera’s lenses (which changes depending on which direction that light enters from) will be most noticeable when using wide open / large maximum aperture values such as f/0.95 or f/11 instead of somewhere in between like say around f/16 where it usually won’t make much if any visible difference even though technically this could still achieve more sharpness than wider angles but without exaggerating things near the edges by making them appear noticeably out of focus compared to what you’d expect based on how far away they are from center frame.

5. Common types of lenses that produce different types of distortions

Common types of lenses that produce different types of distortions are the fisheye, wide-angle, or telephoto lens.

6. The best way to improve your photography skills is by practicing with these tips!

The best way to improve your photography skills is by practicing with these tips!

• Select the photo you want to take, and zoom in on it before pressing the shutter button. Be sure to center your shot on what you want in the picture.

• Use a tripod or other stable object to keep your camera still while shooting. A tripod will also allow you to take pictures in dark locations without having to use a flash.

• When taking pictures of people, use natural light when possible. Avoid using the built-in flash on your camera because it produces blurry images that can ruin photos. If there isn’t any natural light available then place the person you’re photographing near a window for some morning light (or bright light if it’s not morning).

• When taking pictures of objects, ensure that you have a clear subject in the center of your shot. Make sure there aren’t any distractions around it and make sure to zoom in on whatever is closest to the camera lens. If possible, avoid using a flash while shooting for best results.

Don’t forget – practice makes perfect! The more you try these tips out yourself, the better your images will be over time. Happy photographing!

Conclusion paragraph: Understanding how your lens distorts the world around you is an important skill for any photographer to have. It’s also a great way to get started thinking about how our minds work, too. The next time you snap a photo with your phone or DSLR camera, take note of what seems distorted and ask yourself why it might be happening!f