Aerial photography is the process of taking aerial images from a height. It can be used for capturing landscapes, urban areas, and even wildlife! But why do people go to so much trouble to capture these photos? The answer is because they are amazing! Aerial photographers have the ability to take pictures like no other photographer on earth. They can see things that we never would be able to see in our day-to-day lives.
How many times have you looked out your window at an airplane flying by? Do you ever wonder what it would look like if you were up there with them? Well now you don’t have to wonder anymore! With aerial photography, anyone who has access to a camera and a plane can fly high.

What is Aerial photography?

Aerial photography is the practice of capturing images from a height about ground level. This can be done by using unmanned aerial vehicles or satellites, and then there’s also that sweet old-school technique called ballooning!

It involves taking images from a height to show ground features like buildings, roads, or terrain that cannot be seen on the surface level.

For other types of photography, you can read more here:

Understanding the Types of Photography
Photography can be a fun and exciting hobby to take up, but it is also an art form that has many types. There
Boost Your Income with Stock Photography: 5 Tips to Get Started
If you’re looking for a way to make money from your passion, stock photography might just be the answer.

The oldest surviving aerial photograph was taken by James Wallace Black and Samuel Archer King in 1860. What we see today is how Boston looked from 630 meters up, as seen through the eyes of an eagle or a wild goose.

The earliest known flying photography took place back in 1858 when French photographer Gaspard-Félix Tournachon – better know “Nadar” – used his balloon to take pictures over Paris France . His photographs no longer exist so it’s impossible to say what they would have depicted but rest assured that if any survived they were most likely spectacular!

Kite aerial photography has been around since the 1880s. In that time, it’s gone through many changes as new technology is introduced and adapted to use for this type of work done by meteorologists. Early pioneers like E.D Archibald used explosive charges on timers to take photographs from the air while Cecil Shadbolt devised a method with gas balloons in 1882 where he was also able capture images looking straight down at 2,000 ft over Stamford Hill – one of his earliest extant photos taken in British Isles

The first kite photography was done by Arthur Batut in 1888. He wrote a book on how to do it the following year, 1890. The British War Office soon became interested when Samuel Franklin Cody created his advanced ‘Man-lifter’ war kites with their capabilities for lifting large weights and photographing during combat operations from positions high above ground level or stationed behind enemy lines 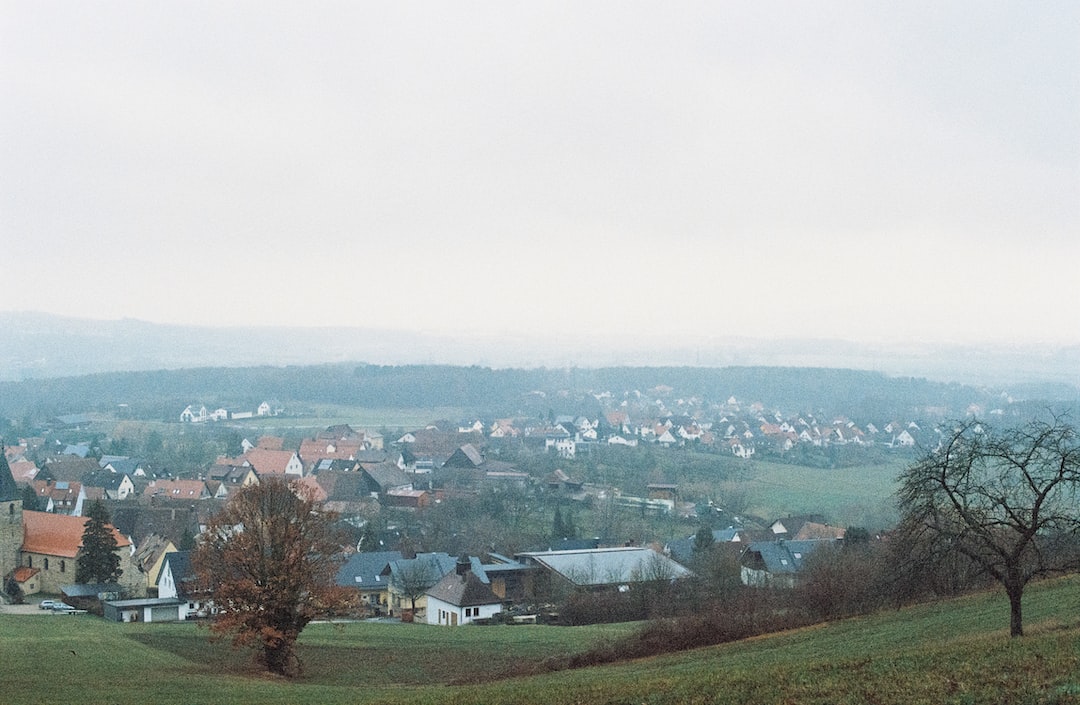 The angle at which you take a photograph can affect how the image is perceived. Oblique photographs are those taken from an angled perspective, and there are three types of obliques–low-angle (taken from below), high-angle (from above) or steep—depending on where they were captured in relation to the earth’s surface.

When you need to take a photograph that will be used for photogrammetry or image interpretation, it’s best to use vertical photographs. In these cases, traditional large format cameras with calibrated geometric properties are the most suitable choice because they have been specifically designed and documented in detail as part of this field.

Aerial photographs are often combined in a number of ways, and there is no one correct way to do it. Some methods include:

3) Combining two aerial photos by adjusting their color tone based off what you want to present as foreground (the thing closer than background), midground (like ground level for example trees), and backgrounds

When it comes to creating orthophotos, vertical photographs are the way to go. They allow you create a simulation of what an infinite distance would look like from above and give your maps that extra boost in accuracy.

Orthophotos are a must-have for mapping agencies looking to create the most detailed maps possible. Once aligned with known coordinates, they offer an accurate and engaging look at our world that you can observe from any angle on your computer screen!

The Google Maps which we use today were not the first of its kind. The predecessor, OpenStreetMap offers a similar service while allowing for greater user input in terms of data and corrections. In addition to orthophotos or satellite imagery overlayed over an elevation model  to simulate 3D landscapes, this resource also allows you access to aerial photography taken from planes at heights up to 6500 meters high (this can be used with flight simulation software).

How much does a aerial photographer make? 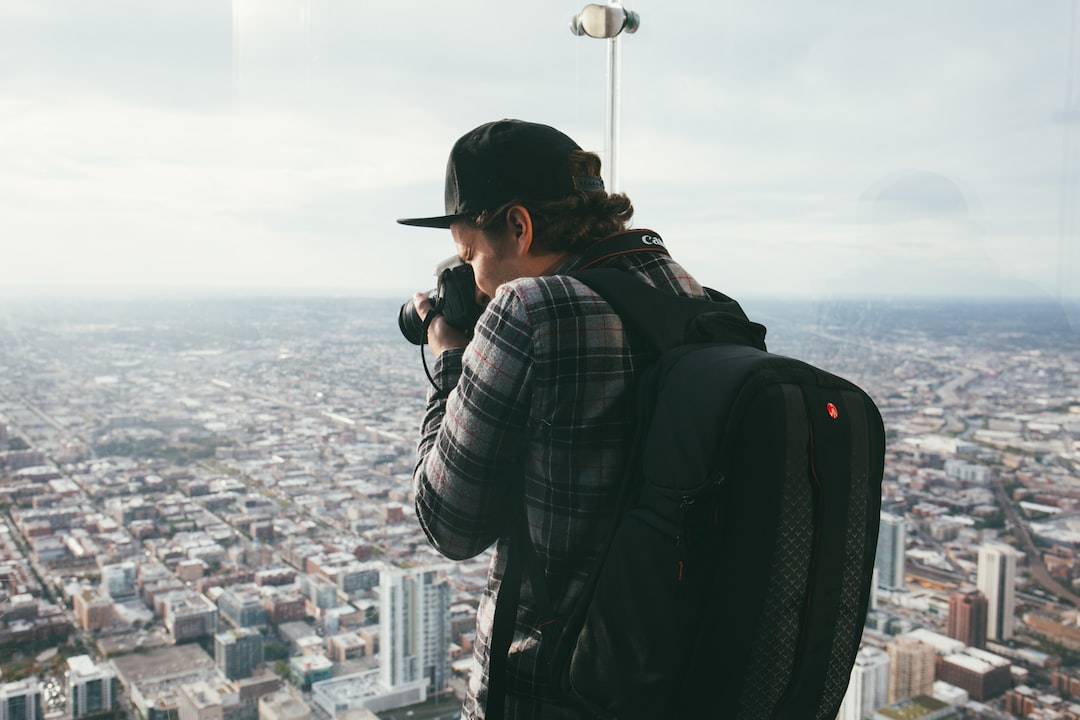 What time of day are aerial photos taken? 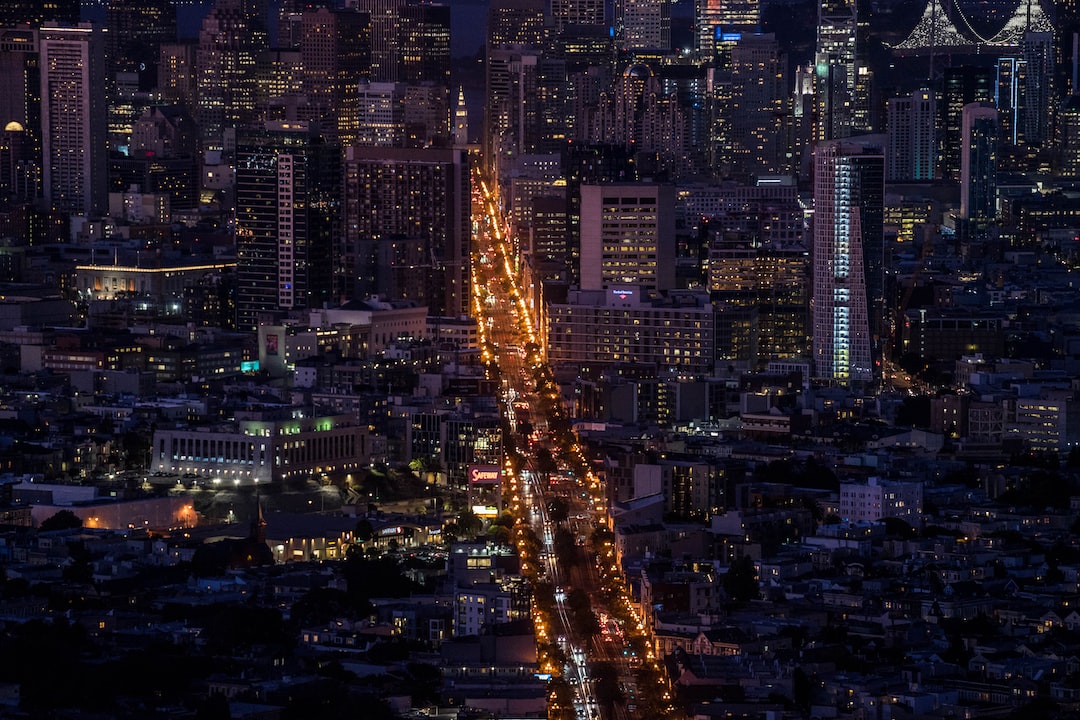 The best time to capture epic aerial photos is during the Golden Hours, which are around sunrise and sunset. The light at these times softens what’s being captured in such a way that there tends to be less contrast and longer shadows–this accentuates details on ground level while adding depth of field.

Which camera is best for aerial photography? 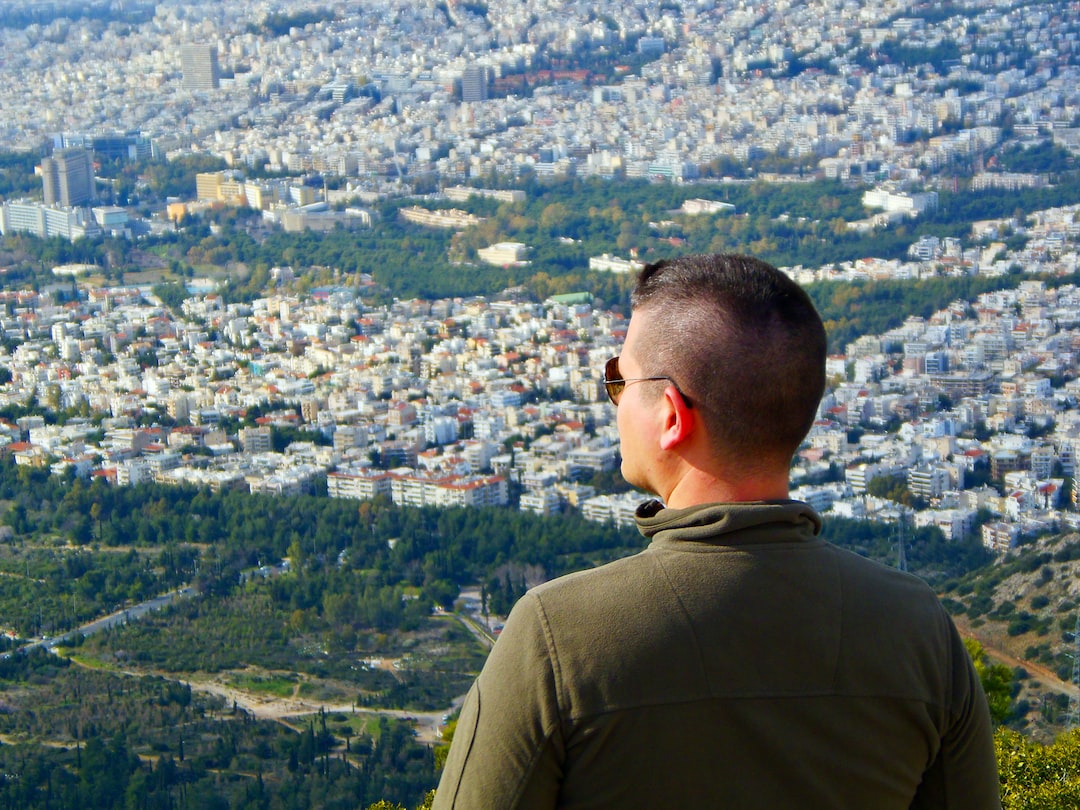 The Canon 1DX Mark II is the ultimate camera for those looking to take their aerial photography work and offer it in a new light. This versatile piece of hardware features an incredible stills function, but also offers 4K video capabilities at 60 frames per second with ease. It’s perfect for capturing footage that will wow clients or viewers alike–and they’ll be impressed by your expertise!

The Sony A7RIII might not have quite as much potential when shooting videos, but this high-tech device does let you shoot amazing photos without any fuss whatsoever. With these two cameras on hand, there are no limits to what can be achieved: explore nature like never before thanks to both devices’ natural color reproduction abilities; travel wherever desired owing partly.

The Canon 5D Mk IV shoots photos that are not only bright but vivid as well so they pop out of your screen like never before – perfect for shooting wildlife or landscapes!

If you’re looking for something even more compact, your cell phone can be used! Just do not forget to stabilize it using a gimbal when needed so the image is steadier on screen.

What is the difference between aerial photography and satellite imagery?

Satellite images allow for a much broader range of scientific application because they cover an extensive area. Aerial photographs, on the other hand are best suited to smaller scale applications like advertising and marketing due their lower altitude pictures that capture less ground detail.

How can I photograph aerials without a drone?

You should be interested in trying pole aerial photography? You’ll be surprised at how easy it is! All you need to get started is a camera, super long pole and your remote.
The process couldn’t be more simple: mount the camera on top of the tall rod, raise into position with one hand while using your other hand to remotely trigger photos or videos from below. The best part about this technique? There’s no equipment needed for set-up so all there’s left are some spectacular shots that will make anyone feel like they’re flying through space.

How do I get an aerial picture on my phone?

Nowadays, it’s easier than ever to capture a bird’s-eye view of your surroundings. Whether you’re trying to get the perfect shot from atop a building or just want an aerial selfie without having to invest in expensive equipment, there are plenty of options on how best do so! For those not looking for any fancy features and simply wish for their phone camera lens high up above them, try out this simple DIY project:

Blow up the balloon (or use one that is already blown), secure it around your phone with fishing wire (and don’t worry about making sure everything stays still while taking photos!), and take off into the skies using either remote trigger or even smartphone self-timer mode; then wait until all instruments have ascended.

What should I charge for drone photography?

Professional drone photographers charge anywhere from $200 to $5,000 an hour. Applications range from real-estate photography to building inspection and you can find anyone willing to take on the job for a low price if not just out of curiosity or hobbyist interest in drones themselves.

What is aerial photography used for? 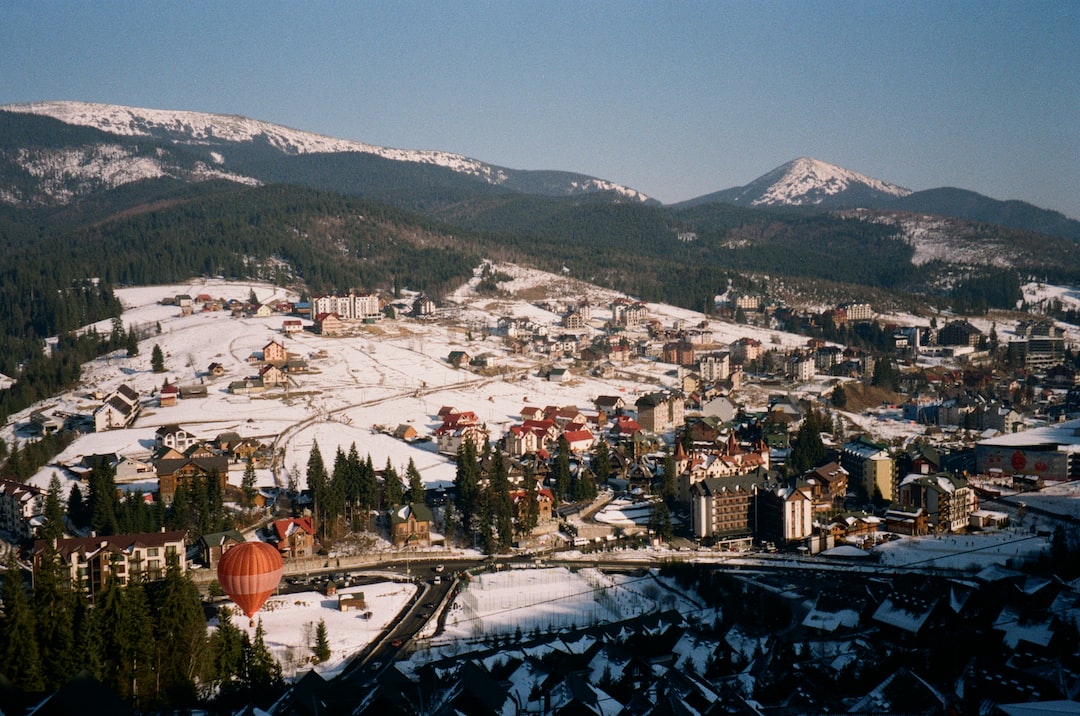 Aerial photography is a remarkable way to see the world from another perspective. Whether you’re using it in cartography, land-use planning, archaeology, movie production or environmental studies; aerial photos capture more than what we can ever imagine on Earth’s surface. Aerial photographs are also used by advertising agencies and businesses for commercial purposes such as conveying their target audience how much they care about them through informative ads and enticing commercials that make people want whatever service being advertised.

People have been taking pictures from above for decades, but now there are more and more opportunities to get a new perspective. Whether you’re looking at aerial shots of your home city or the world’s best surf spots, it can be fascinating to see what we usually only experience from ground level.

Photographers are always looking for new ways to take pictures, and aerial photography is one of the newest trends in professional photography. Whether you’re a wedding photographer or want to get some really unique shots from your next vacation destination, an aerial camera can help capture images that just aren’t possible on the ground. What do you think about this trend? Will it catch on with more photographers? Have any of our readers taken advantage of these opportunities yet? Let us know what you think!

One thought on “Aerial Photography: Capture the Moment from Above”